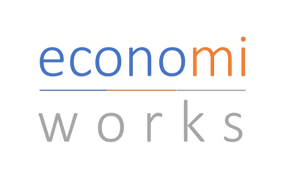 Get more insights on our blog!

The term gig economy continues to fill articles in popular newspapers, magazines, and research publications.  It's a booming phenomenon in today's economy; however, the origins of the term "gig economy" are less clear.

While workers have been picking up gigs for decades (think: musicians, couriers), the term gig economy started to gain popularity in the wake of the Great Recession as people were looking for alternative ways to earn income.

In general, the gig economy is studied and accepted as a formidable part of today's economy. Interestingly, what is considered a gig and how many people are working gigs is less clear. The U.S. Bureau of Labor Statistics (BLS) states there is no official definition of the gig economy but has offered a gig describes a single project or task for which a worker is hired, often through a digital marketplace, to work on demand.

Regardless of how it is defined, the gig economy is growing beyond musicians and Uber drivers. Gig workers are quickly moving into corporate America in the form of freelancers and independent contractors, who work in professional areas such as HR, IT, marketing, communications, and even engineering and law. As such, business leaders are beginning to think about how this expanded talent pool could be part of a more robust people strategy as they grapple with their viability in a rapidly changing environment.

A Look at the Numbers

Given the BLS (the U.S. government's agency that reports the official tally of employment figures) admits there is no clear definition for the gig economy, the figures tracking those working gigs are difficult to track.

Fortunately, the BLS periodically studies contingent and alternative work arrangements. Their most recent study released in June 2018, showed nearly 14%, or approximately 21 million, of U.S. workers are involved in this type of work.  This figure is inclusive of salaried and wage workers and includes contingent workers and those in alternative work arrangements.  For information about BLS categorization, see table - U.S. BLS: Contingent or Alternative Employment Arrangement Workers.

The BLS tries to distinguish between contingent workers and alternative work arrangement workers by the longer-term nature of their work - does the worker expect his/her current work to last longer than a year, and is that outlook his/her preference?  For example, the U.S. government would classify those working in a job with a short-term outlook but desire to be in a longer, full-time role as a contingent worker, whereas the independent consultant or on-call worker is classified in the alternative-work-arrangements category as he/she is more likely to prefer the temporary aspect of the short-term gigs he/she works.  The BLS admits there can be overlap in that a worker can be both contingent and working in an alternative arrangement, but this is not always the case.

The BLS data limits itself in that the agency only counts workers based on the one job that provides them the most hours.  This means of the nearly 160 million workers in the U.S., for reporting purposes, only the one job in which they work the most hours is counted, regardless if they are working multiple gigs.  Going beyond the population of contingent and alternative work arrangement, the full-time or part-time resources who have a regular job but are also, for example, driving Uber or renting their home via Airbnb are excluded from any calculation that would try to account for the gig economy.

Thus, calculating the number of U.S. workers involved in the gig economy becomes tricky.  Most accounts cite anywhere near one-third to 40% of the U.S. workforce is taking part in the gig economy, and the U.S Government Accountability Office cites a similar number when applying their broadest definition to workers in contingent or alternative work arrangements (this expanded definition includes self-employed and standard part-time workers, but still excludes those full-time regular workers who drive Uber, or the like, as a side gig).

Even with the varied reporting on the gig economy, most research, including a recent release from the Society of Human Resource Management, predicts half of the workforce in 2025 will consist of non-traditional workers.

With this crop of gig workers emerging, there comes an opportunity for the business community.

As research from McKinsey Global Institute puts it - the world of work is in a state of flux. Citing skill shortages and technology disruption as part of the reason, companies are dealing with a new reality with their workforce.  For example, automation may render many of the skills of the current workforce unnecessary or inadequate in a future economy. Further, as technology provides efficiencies, it also provides new opportunities. Businesses can now (or will soon!) leverage technology to provide more value to their customers, employees, communities, and shareholders. To fully capitalize on technology’s value, companies will require new skills and new roles that many organizations may not be able to fill internally (e.g., data scientists, digital marketers, scrum masters).

This is further compounded with many companies needing to become more agile in response to the evolving expectations of their network of stakeholders - customers, employees, communities, and shareholders.  As Deloitte notes, companies now are faced with running not just a business, but a social enterprise, which means companies now have to respond more quickly not only to operational issues, but to societal concerns as well (think: customers demanding companies and CEOs taking stances on political or social issues).   To account for this expanded scope, companies must be nimbler; their teams must act quickly to anticipate and respond to change. Most organizations, however, have a traditional structure that is not adequately prepared to respond to change quickly.

Fortunately, companies are showing signs that they are mindful of the new terms for operating in today’s economy.  Deloitte finds business leaders are assessing ways to address this new way of work by thinking beyond traditional hierarchical structures, which include layers of full-time resources, and determining opportunities to engage workers in alternative-work-arrangements.  Their research shows that companies are embracing an expanded workforce ecosystem - a varied portfolio of workers, talent networks, gig workers, and service providers that offers employers flexibility, capabilities, and the potential for exploring different economic models in sourcing talent.

The criticality of this expanded workforce ecosystem is clear given the following:

As business leaders prepare their organizations for the future, they would be wise to develop a robust strategy for adapting their workforce to meet tomorrow's challenges.

In this regard, below are some considerations for assessing readiness for an expanded approach to meeting staffing and resourcing demands.

Is your workplace set-up for a more comprehensive workforce ecosystem?

Today's workers are looking for flexibility in terms of work hours, location, and career opportunities.  This is not only for those freelancers and independent contractors in the gig economy, but also the Gen Y and Z workers who will soon make up a majority of the workforce, and the Baby Boomers who are retiring.  Business and HR leaders would do well to reevaluate their policies to test where they can provide more flexibility for their full-time workers (e.g., remote work, flex hours) and leverage those same programs to engage in the gig economy.

The gig economy is evolving.  As companies and workers seize the opportunities and flexibility that this new way of working provides, governments are still determining if and how to regulate this space.  With gig workers generally receiving less pay and benefits (if any) compared to full-time employees, governments are keeping an eye on this emerging labor market.  Already, companies like Uber have had cases challenging drivers’ independent contractor status.  While gig workers and the like can (and should) be a part of a company's staffing strategy, businesses should be mindful of the internal and external policies that are governing this space today and in the future (i.e., engage but don't jump head first - talk with your HR and legal teams about best to implement this for your organization).

Too often, HR policies and lengthy procurement processes prohibit companies from being sufficiently nimble. Business leaders should bring together their HR, Procurement, IT, and Legal departments to work through any bureaucratic issues.  These groups should strive to put in place a framework that will enable a company to leverage gig workers more easily than current policies and processes may allow.  This includes limiting barriers that can make it difficult to find, onboard, and collaborate with gig workers and other resource partners.

Change has been a constant for decades. The rapid adoption and expansion of technology across industries and consumer bases, particularly with digitization and automation, is driving this change at an even faster rate than experienced in the past. With this reality, business leaders should ready their organizations to compete in this rapidly changing environment.  This starts with having robust business and staffing models that can ensure a company’s competitiveness, let alone survival, in tomorrow’s economy.